New Zealand has been rated 53 out of 142 countries in the latest Financial Secrecy Index report produced by global organisation Tax Justice Network which examines countries’ laws around financial transparency, among other things.  Glenn Barclay, Chair of Tax Justice Aotearoa (TJA) says that the rating is not good enough, with our ranking falling from the 57th spot two years ago:

“It is so disappointing to see that New Zealand has gone backwards in the overall secrecy of our financial system. In part, this is because there is no law that requires a trust register other than charitable trusts and similar arrangements such as incorporated societies. We also rate relatively poorly in anti-money laundering and conformity with international standards,” says Glenn Barclay.

TJA says the recently announced moves by the Government to include information on the beneficial ownership of companies and limited partnerships on the appropriate registers is a positive step in the right direction. Still, without a specific register for trusts, we will have no idea of the extent of their compliance.

“While we remain disappointed about our ranking in the Financial Secrecy Index, we welcome the Report as providing a much-needed evaluation of financial transparency in New Zealand,” says Glenn Barclay. “The report identifies flaws in our system, but it also highlights a path forward, how we can do better. It’s critical that New Zealand establishes a trust register. This would ensure that agencies, and the general public, know what people gain financially from and benefit from their involvement in trusts. A register of trusts should become part of the Government’s recently announced proposals for rules on beneficial ownership.”

The New Zealand profile on financial secrecy can be found here.

Information about the 2022 Financial Secrecy Index

The 2022 Financial Secrecy Index released today by the global Tax Justice Network assesses the extent of financial secrecy in New Zealand, along with 142 other countries. The research undertaken by the international Tax Justice Network uses the Financial Services Index: a tool that monitors financial secrecy around the world with criteria relevant to transparency in banking, trusts, companies, and wealth ownership.  The publication of this data is timed to coincide with the G7 meeting on 18-20 May 2022, with the G7 finance ministers expected to recommit to enforcing sanctions on Russian oligarchs’ hidden assets.

Financial secrecy is significant both to the criminals who profit and the people harmed by it. The more secret the system and the country, the more tax can be avoided or evaded and wealth hidden. Corruption, crime and money laundering all flourish.

The Financial Services Index isn’t only about whether the laws of a particular country enable secrecy but also the extent to which the government plays a role in enabling financial secrecy, evasion and sanction avoidance.

As assessed by the Index, the worst offender in terms of financial secrecy is the United States, with other jurisdictions such as the United Kingdom, Switzerland, Singapore and Russia jostling for position in the profit-driven quest to favour the festering of oligarchs and kleptocrats. The G7 ministers at their May meeting will be called on commit to a global asset register to bring law and transparency to the trillions in wealth and assets secretively held offshore, ending what Alex Cobham (Chief Executive Tax Justice Network) calls the ‘wild west era of wealth’. There is increasing pressure to move rulemaking on global tax and finance out of the hands of those rich countries which currently make the rules from which they benefit. 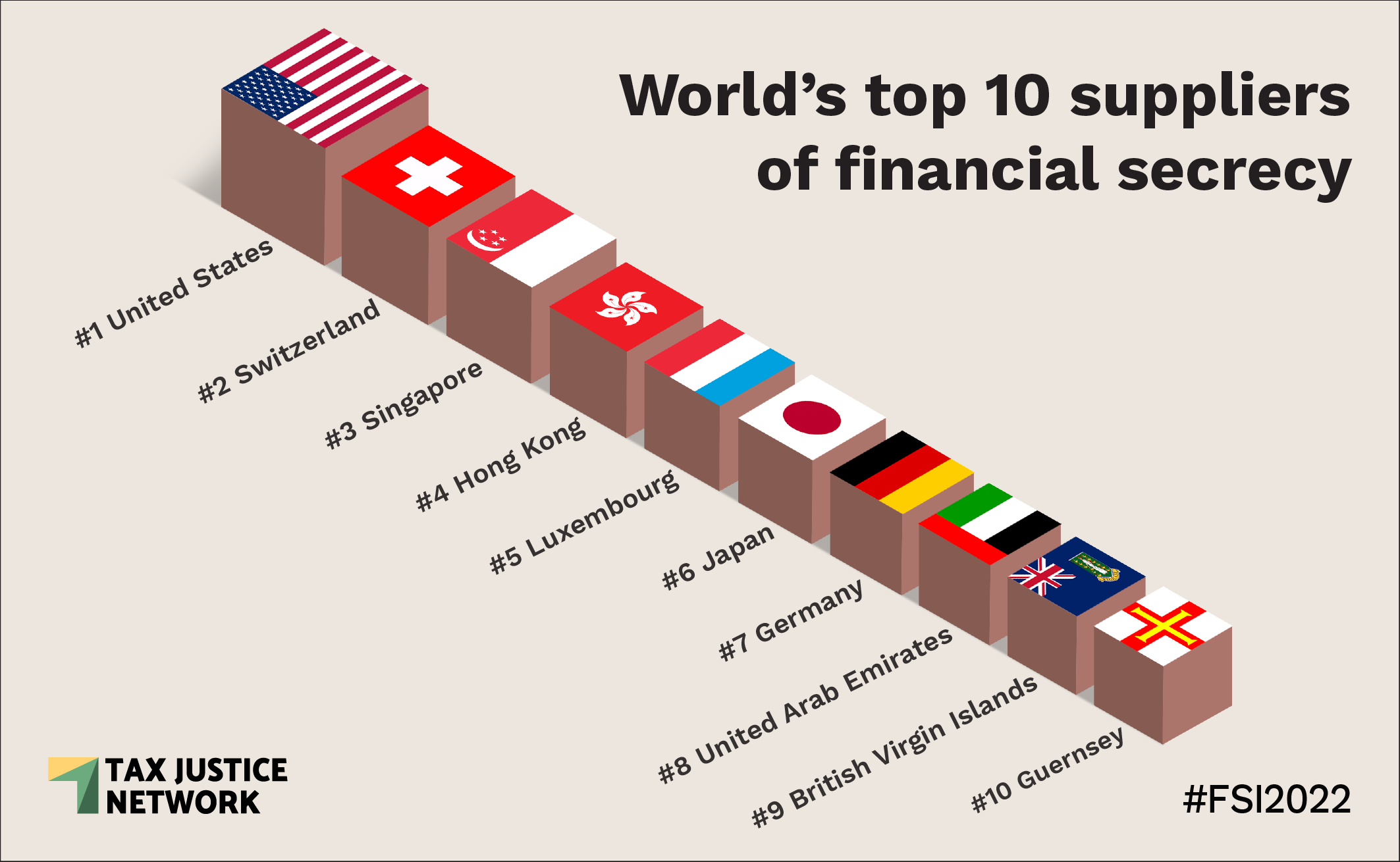 Ahead of negotiations tomorrow, Tax Justice Aotearoa is concerned about the international ta...

Time to Tax Wealth as Well as Work